Adjacent to the Northwood Kitchen is our newly opened Fairy Museum, the original site of the headquarters for the New Society of Arcane Natural History – established in the 19th century to research and protect fairies and other nature spirits.

Here we display our large collection of both found and recreated artefacts. The centre pieces are the extraordinary fairy and elven costumes. Over the last eleven years we have gathered many artefacts. Curator and researchers Carolyn and Galatea Van Outersterp and their team have painstakingly recreated costumes from found fragments, as well as undertaking delicate preservation work on the best preserved pieces. The collection is large, possibly the largest in the world, so expect regular exhibitions of previously unseen artefacts.

The fairy museum can be visited for a small charge without paying for the whole Fairy trail. 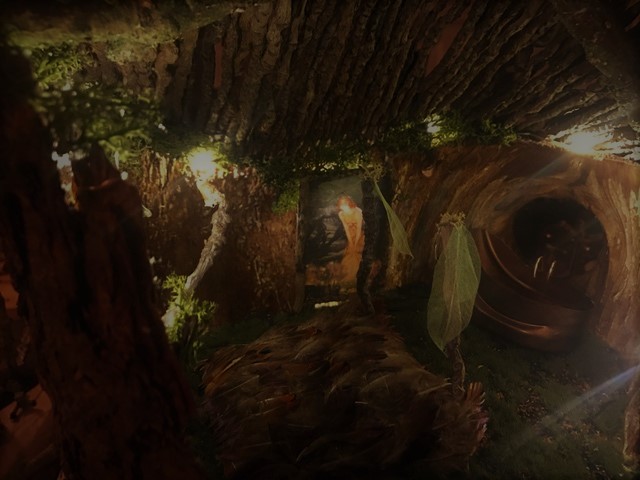 Interior detail from an unusual 2 storied fairy home with turret 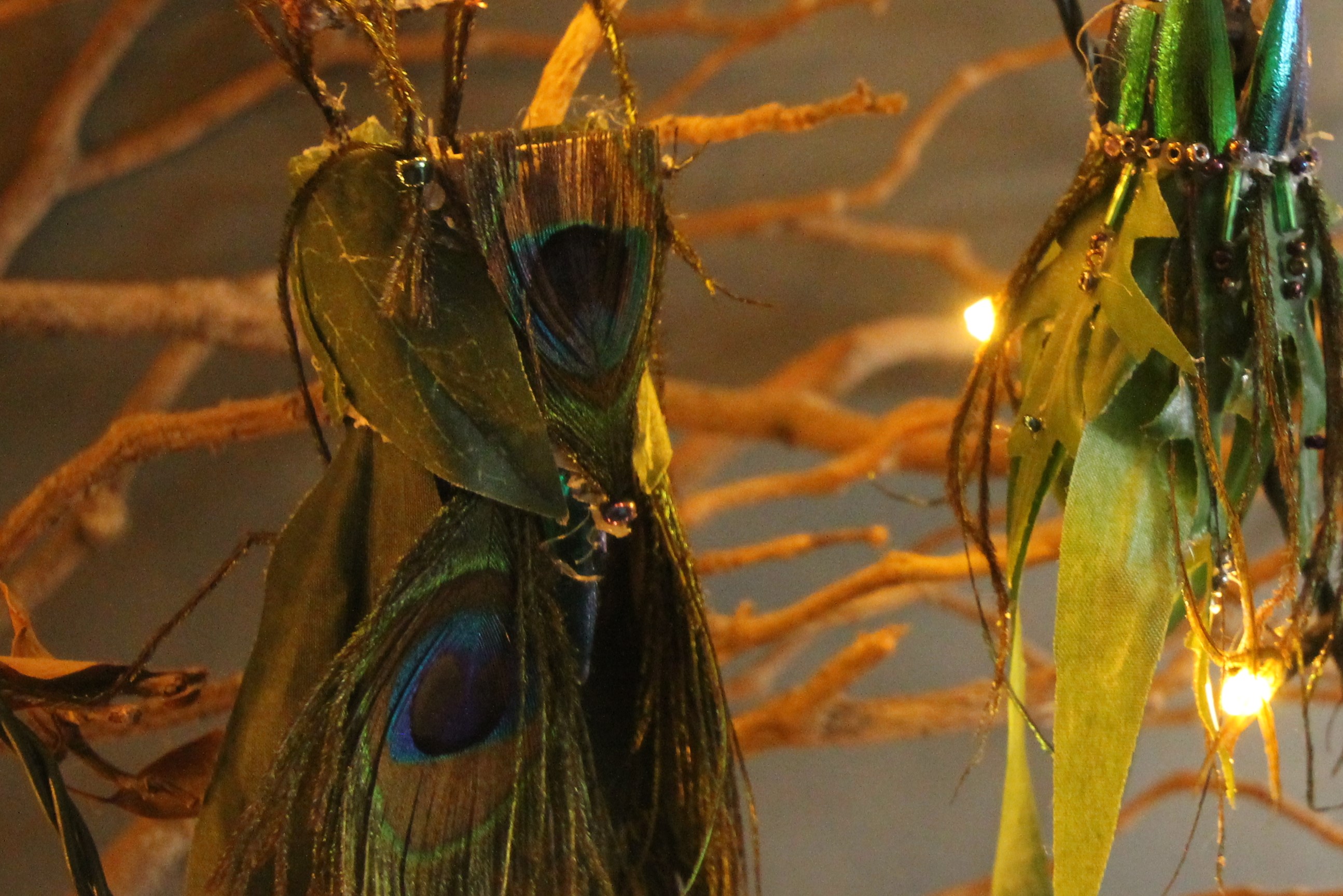 Dress believed to be from the 1920’s, made of leaves and moss, with pheasant feather trim.